Challenges of Selling the Matrimonial Home 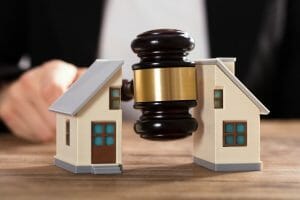 When a couple separates, one of the first matters to attend to is listing the matrimonial home for sale. If neither party wants to stay in the home (or neither can afford to retain it), then it may be the case that both individuals are equally motivated to sell. While they will likely not agree…

As most are aware, the family courts have been closed since the start of the pandemic in March, except for the most urgent cases, and some straightforward procedural issues. What falls within the ambit of what is considered urgent includes matters involving the “wellbeing being of a child, including essential medical decisions, or issues relating…

Divorce is usually the final step in the separation process. It happens after the separation agreement is negotiated and signed, or after a final order. Although there are several legal grounds for divorce available, including adultery and cruelty, most people divorce on the basis that they have been separated for one year. In this respect, divorce is considered ‘no fault’. Assuming that adequate financial provision has been made for any children of the marriage, after one year of separation, either spouse is entitled to a divorce.

Separation can be unilateral and it doesn’t necessarily require physical separation, such as one party moving out of the family home. If one person has a subjective intention that they are living separate and apart, then the one year period starts running as of this date. A separation is not an agreement between the parties to separate- if only one person has the intention to live separately and apart, then that is enough to entitle them to request a divorce after one year.

In applying for an uncontested divorce, you will need to have your original marriage certificate. Most provinces allow you to order these certificates online if you never obtained one at the time of your marriage. If you have children, you also have to confirm that you have either a written agreement, or a court order, with respect to child support. If you file an Application for an uncontested divorce without including information on child support, the Application may be delayed or denied.

If you’re on relatively good terms with your ex, Applications for uncontested divorce can be filed jointly. This eliminates both the costs of personal service of the Application on your ex, and the waiting period after your ex is served before you can move on to the next step in the process.

When people are contemplating divorce, the goal is to negotiate a mutually-acceptable separation agreement between spouses which addresses outstanding issues.

Clients want to know how much a lawyer will cost. This depends on many factors, including the level of animosity that exists between the parties and/or the lawyers.

When married people separate, both spouses are entitled to an equalization of the net family property. Marriage is considered a financial partnership.

Litigation is expensive, contentious and highly emotional. Litigation may be necessary if the alternative means that you don’t have any chance of getting what you’re entitled to.

Parents in Ontario have an obligation to financially support their children. The amount payable is determined in accordance with the federal Child Support Guidelines.

Spousal support, also known by the American term ‘alimony’, refers to ongoing maintenance given to a spouse which is either for an indefinite, or fixed, term.

With the cost of legal services- particularly litigation- being so high, it’s not always possible to be able to afford full representation from a lawyer throughout your case.

When people separate, it can be difficult to negotiate a workable custody and access schedule, particularly if both parties are not planning on residing in the same city.

Divorce is usually the final step in the separation process. It happens after the separation agreement is negotiated and signed, or after a final order.

Why use me as your lawyer?

I'm a lawyer representing clients in Kanata, Nepean, and the west-end of Ottawa.

There is plenty of free parking located at the back of the building.

Monday to Friday
8:30AM - 5:00PM
I also have Saturday appointments available.